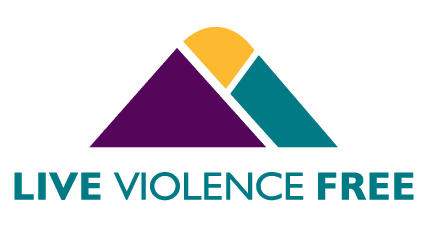 An American is Sexually Assaulted

A Child is Sexually Assaulted

Of sexual assaults are committed by someone the victim knows

The common thread between all forms of sexual violence is a lack of consent. Consent is the active and ongoing process of clarifying and respecting the boundaries of other people – boundaries that include physical, mental, emotional, and spiritual boundaries. When consent is active and ongoing, all parties are making the active effort to clarify their partner’s boundaries, and all parties don’t assume that consent given in the past means the person consents in the present. For example, someone could say at the beginning of the night that they feel comfortable having sex but could change their mind later.

Consent can be violated in a number of ways. The use of physical force is obviously a violation of consent, but other violations can be more insidious. Ignoring requests to stop, claiming that they can’t stop, or saying “I know you want this” when someone is saying no are all violations of consent. Consent cannot be given when someone is under the influence of alcohol or drugs.

Sexual assault is any sexual contact or behavior that occurs without the explicit consent of the victim. It can include unwanted or forced kissing, groping, and touching, as well as other sexual acts and attempted or completed rape. While rape is often legally defined as involving penetration, rape can be more inclusively defined as any sexual intercourse that occurs without consent. Consent can be given in both verbal or non-verbal forms and can be revoked at any time. Sexual assault or rape can happen to anyone regardless of gender, age, or sexual orientation. All forms of sexual assault, including rape, are never the victim’s fault.

A common misconception is that sexual assaults and rapes happen with complete strangers. Often, people are sexually assaulted by someone they know – a friend, date, relative, acquaintance, or even a long-time partner or spouse. Sexual violence such as marital rape is often the least talked-about but is all too common in abusive relationships. When sexual abuse, sexual assault, rape, or sexual exploitation are used to exercise power and control over a partner, there is often compounding trauma. Statutory rape is when anyone over the age of 18 has consensual sex with someone under the age of 18; however, if both persons are under 18 it is considered rape if one is 4 years older than the other.

Human trafficking is the use of force, fraud, or coercion to control an individual for the purpose of engaging in commercial sex acts against their will. Sex trafficking involves the recruitment, harboring, transportation, or soliciting or a person for the purpose of a commercial sex act, in which that act is induced by force, fraud, or coercion. Sex trafficking can take place in venues such as brothels and escort services, but it can also be carried out via the internet or interpersonally.

Contrary to popular belief, trafficking does not always include physical transportation, and in many cases, the victim/survivor does not even know they are being trafficked. While the common perception of trafficking involves dramatic kidnappings and keeping individuals locked up against their will, this is not always the case. Trafficking, like abuse, is complicated and heavily rooted in power and control. Often times the person being trafficked might feel that they are in a loving relationship, and believe that they have to do what the trafficker is saying for the benefit of the relationship. For example, the trafficker might say that they, as a couple, need more money to be able to stay together, and the only way to make that money is through trafficking. In other words, the road that leads an individual into being trafficked can be insidious and can start with what seems like a healthy, loving relationship.

Sexual exploitation and distribution of lude photos have become ever prevalent in our society. Some people use technology—such as photos, videos, social media, and dating apps—to engage in harassing, unsolicited, or non-consensual sexual interactions. It can leave the person on the other end feeling manipulated, unsafe, exposed, and worried about their online reputation. Sexual exploitation and distribution include:

Information for Crime Victims
National Center for Victims of Crime 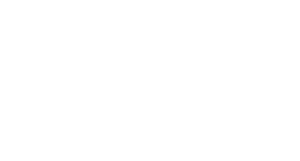 Live Violence Free is a California 501(c)(3) nonprofit organization that depends on your generosity.

Please consider supporting us today with a small donation. You can help to empower the families in our community.

We Are Here for You

Computer use can be monitored. If you are afraid your internet usage might be monitored,
use a safer computer or call Live Violence Free at

To learn more about internet safety and how the quick exit works, click here.

CLICK THE QUICK EXIT BUTTON AT ANY POINT TO LEAVE THE SITE IMMEDIATELY.